Your browser is not supported. Please update it.
Telephone 01582 712580
Website by GolfWorking

The invention of the horse-drawn rotary mower over a century ago was to create a strange new sub-culture that talked of birdies, eagles, bogeys and albatrosses, to the bewilderment of everyone else, and laid out vast swathes of immaculate fairways on which to stroll. This invention made it possible to build golf courses inland fields/soil, so pockets of golf enthusiasts all over Britain seized on the idea of laying out their own golf courses.

The people of Harpenden were such a group. In 1894, a small group decided to form a golf club and lay out their course on the local common. The first most important step was to enlist the goodwill of Sir John Bennett Laws of Rothamstead, for his Manorial Rights extended over Harpenden Common. In him, the group found a most enthusiastic supporter; indeed the first entry in the Club’s Record Book is his donation of five pounds. His generosity was unbounded – the annual rental he charged was a mere one shilling!

So began the task of carving out a golf course from the common’s expanse of tangled gorse and bracken. The problem of a clubhouse was solved by renting the front room of a Mrs Gray’s cottage. By the end of the first year, there were 44 men and 26 lady members.

The next few years produced so vigorous a growth in membership, that Mrs Gray’s front room was soon inadequate. In 1901, members subscribed to debentures in a building fund to build a clubhouse.; in 1903, the job was done and Harpenden Golf Club became the proud owners of a timber and corrugated iron building.

In the years after World War I the course was remodelled over a full 18 holes; rather on the short side perhaps, but a formidable test of golf just the same. But, satisfaction with the new design was short-lived. The shortness of the course was a decided disadvantage when steel-shafted clubs and longer flight balls were introduced. 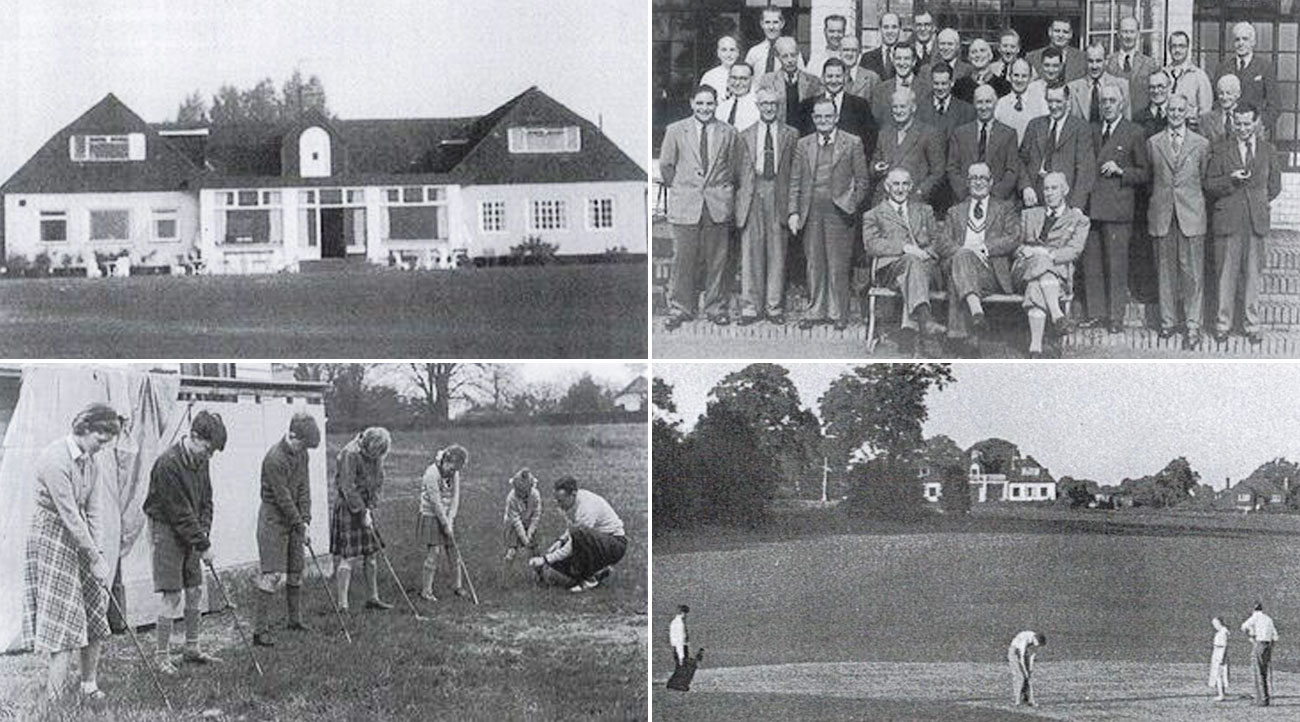 After earnest deliberation, the decision was taken. The club would have its own private and full-length course at Hammonds End, complete with a clubhouse equipped with the amenities which golf had come to require. To finance the new venture, a public company was formed to offer debentures of £20 and a minimum of 25 shares at 5s. each to subscribers. At a meeting at the old public hall Harpenden Golf Club Limited was formed. Golf architects Hawtree and Taylor were instructed to design a 7,000 yard course with water piped to each green. This proved too long for hickory shafts so was shortened in due course.

To open the course in 1931, an exhibition match was played with the newly appointed professional George Randall and three of the most famous players of the day; Abe Mitchell, Percy Allis and Arthur Havers. A splendid and well attended match it was. The match produced a remarkable incident, as the first player on the course, Arthur Havers was obliged with the first hole in one on the 8th hole.

During the 1939-45 war years, Harpenden was on a war footing. By good fortune, the club did not suffer nearly so badly as some. Harpenden’s war role was strictly an agricultural one: the greater part of the clubhouse became a headquarters for a contingent of the Women’s Land Army and the course itself one vast sheep farm.

In 1954 the club celebrated its Diamond Jubilee. A Jubilee Dance was well attended as was a special competition for a new trophy, the Jubilee Bowl.

In 1994 the club had a remarkable Centenary Year with many events both golfing and social. 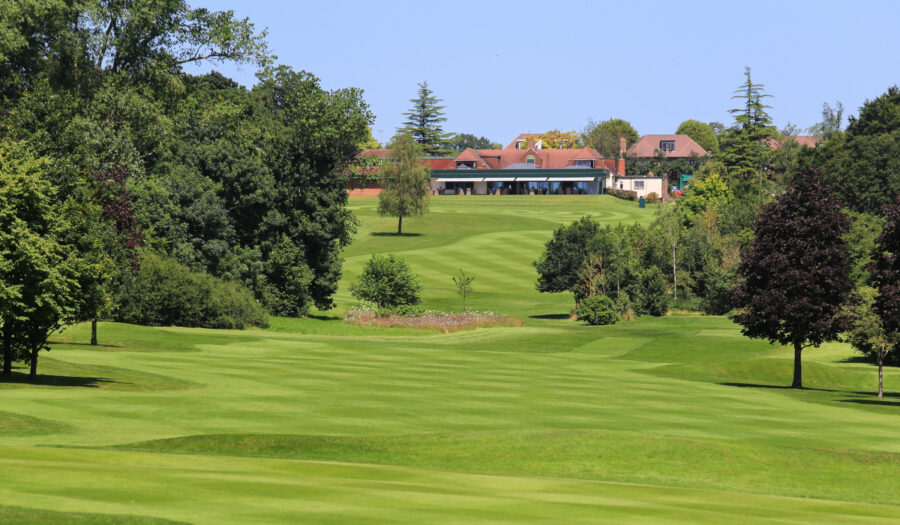 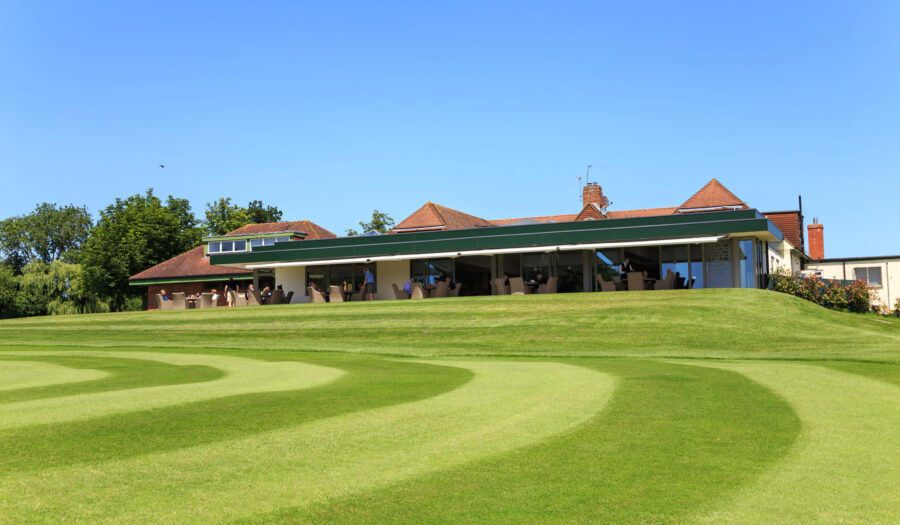 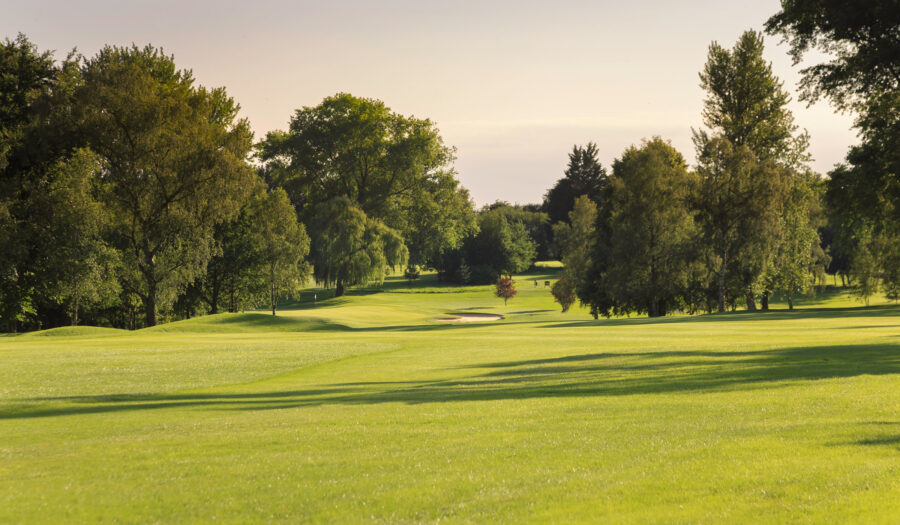 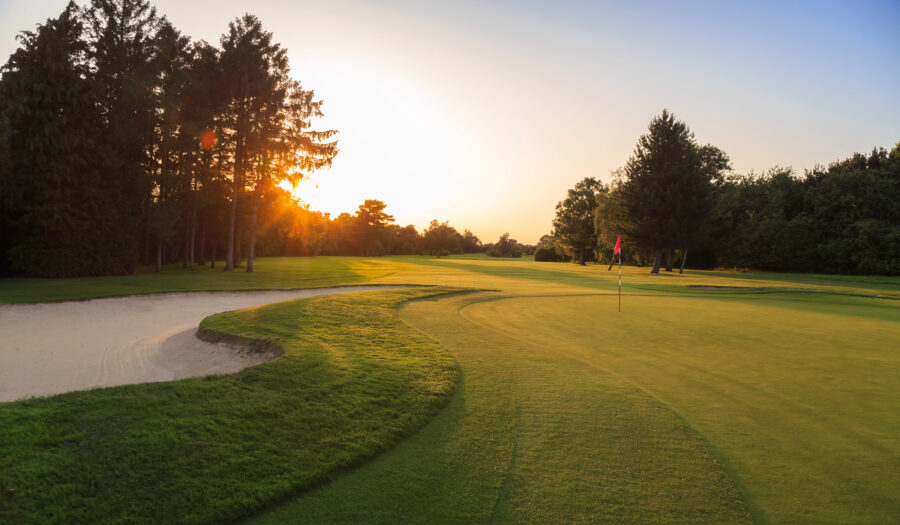 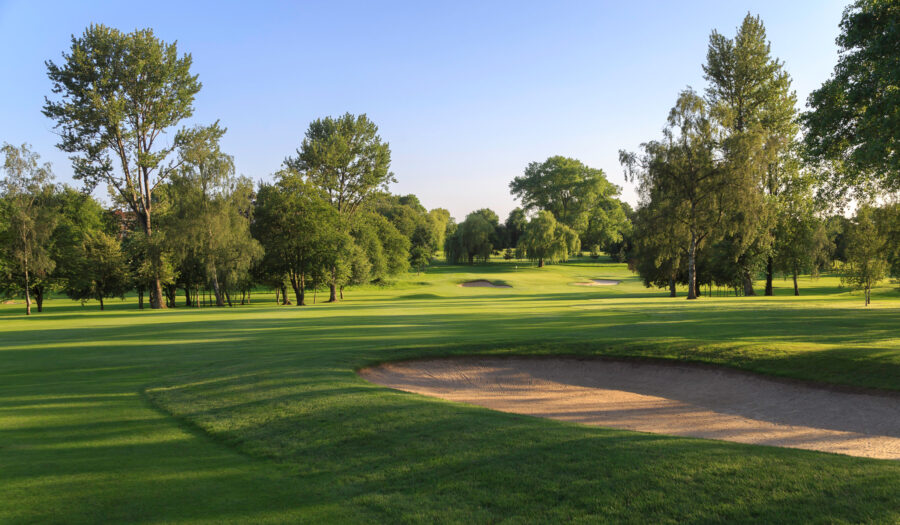